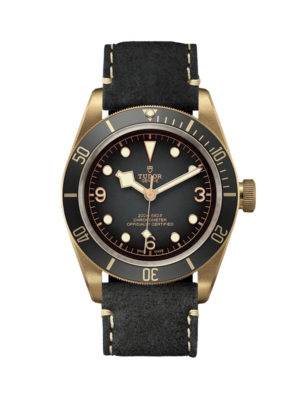 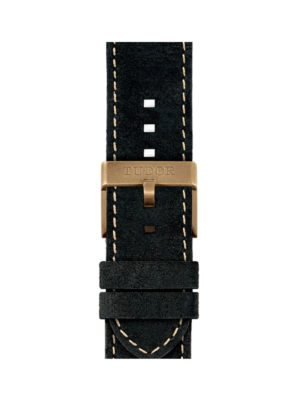 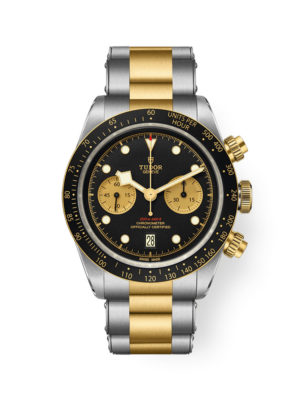 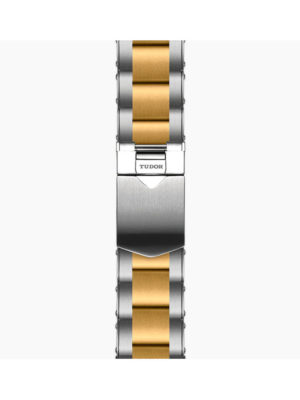 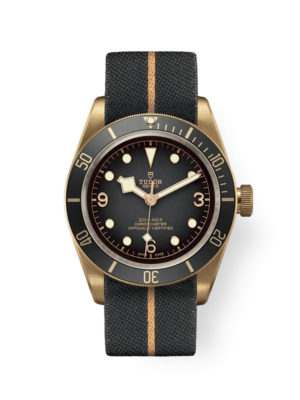 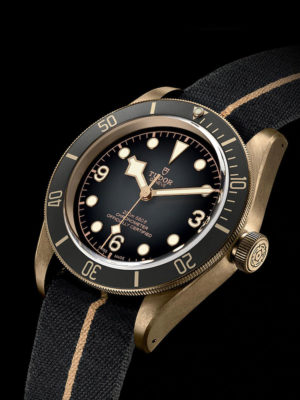 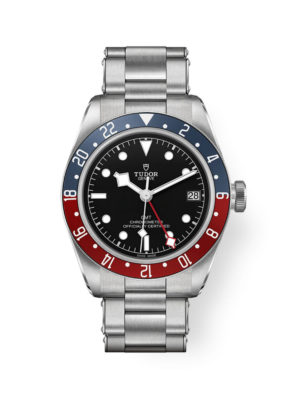 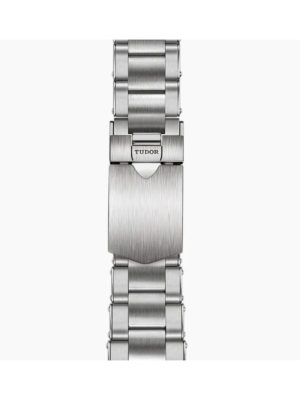 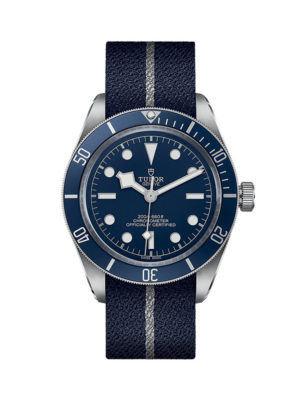 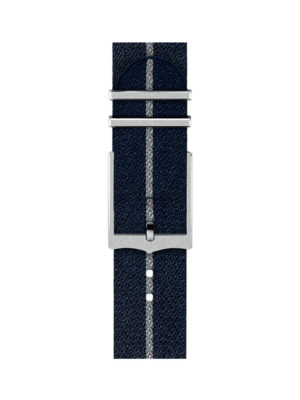 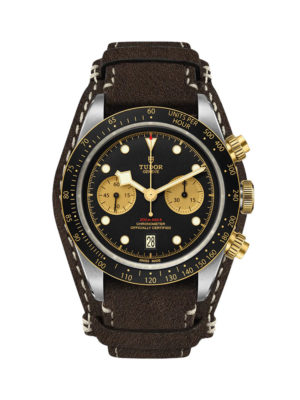 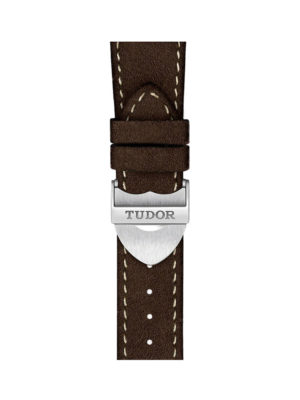 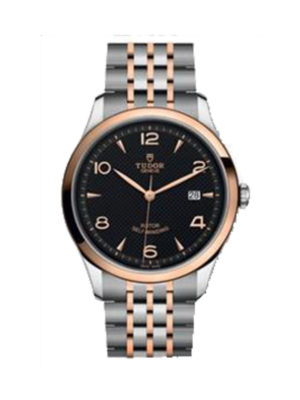 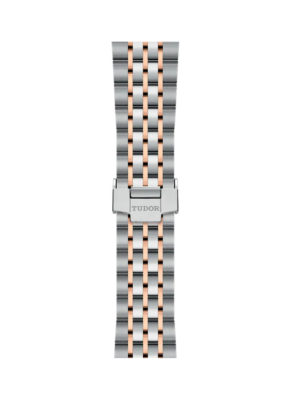 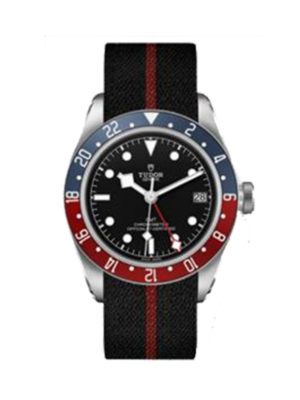 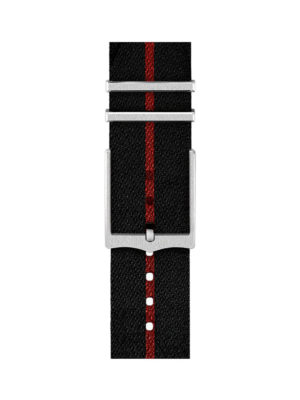 “WE’RE DEVOTED TO THE CLASSIC. BUT REJECT THE STATUS QUO.”

Born from the will to go beyond the standards, Tudor’s watchmaking philosophy draws its inspiration from its heritage, while incorporating state-of-the-art technology, exclusive innovations and pioneering creativity.

Created by the founder of Rolex, Hans Wilsdorf, the Tudor Watch Company was born with a mission to explore new territories, offering “a watch that (his) agents could sell at a more modest price than (his) Rolex watches, and yet could attain (its) standards of dependability”.

The Tudor of today has not drifted away from the original vision. While strictly adhering to the fundamentals of excellence, the design of a Tudor watch reinterprets a rich history to create something truly unique – a bold fusion of the original and the contemporary in an unrivalled proposition.

A TUDOR WATCH IS BORN TO DARE.

“WE KEEP THE BEST OF THE PAST. THE BEST WATCHMAKING PRACTICES, THE BEST DESIGNS.”

“AND PUSH THE BOUNDARIES OF WHAT’S NEW.”

Tudor’s reinvention of the classics has kept their watches distinctive for more than half a century. Never afraid to redefine the rules, Tudor’s new watches are strongly connected to the past while incorporating 21st-century technology. They also never shy away from pushing the boundaries of what’s new, experimenting with unusual materials, combinations and inspirations.

Consider when Tudor decided to revisit their diver’s watch history. They drew inspiration from the past while embracing modernity. The Tudor Black Bay has direct antecedents in some of the most iconic Tudor watches. The 1958 Oyster Prince Submariner reference 7924 contributed its oversized crown and general lines while the ‘Snowflake’ Tudor Submariner, worn by the French Navy in the 1970s, offered up its unique angular hands. Classic designs, contemporised for a new century.

The Black Bay Bronze incorporates a golden-toned marine-grade aluminium bronze case specifically chosen for its proven durability in marine environments. That this alloy develops a unique patina overtime while paying tribute to Tudor’s long-standing relationship with the French Navy is a bonus.

A TUDOR WATCH IS BORN TO RAISE STANDARDS.

“BORN FOR A PURPOSE. FIELD-TESTED TO THE EXTREME.”

A Tudor watch is built for those who dare to step out of their comfort zone. It is designed to perform in all and every condition. From a refined evening out to the most extreme environments imaginable.

Over the years, Tudor watches have been put at test on a daily basis strapped on the wrist of the most daring individuals, on land racing through rough Alpine roads, on ice accompanying the British North Greeland Expedition, in the air issued to the para rescue teams of the US Air Force and underwater with the frogmen of the French Navy. They never deceived them, constantly delivering robust and reliable time-keeping.

A TUDOR WATCH IS BORN TO GO ABOVE AND BEYOND.

“FOR THOSE WHO ARE UP FOR ANYTHING. THOSE WHO FACE THEIR FEARS. THOSE WHO RE-INVENT THEMSELVES EVERY DAY.”

The wearers of a Tudor today are not so very different to those of the past. They are people with unconventional attitudes. People with ambition. People who are willing to pursue their passions – no matter where they take them. Like Tudor, they believe in learning from and building on past experiences to inform how they think and behave today.

Tudor wearers seek to find experiences that expand their world view. They appreciate exceptional craftsmanship and sense. They are as interested in how something is made as they are in what it is intended to do. They insist on owning the best tools for the job and pride themselves on being in the know.

Those who wear a Tudor share a thirst for discovery. A spirit of adventure. And the will to go further. They are curious. They are fearless.

THEY ARE BORN TO DARE.